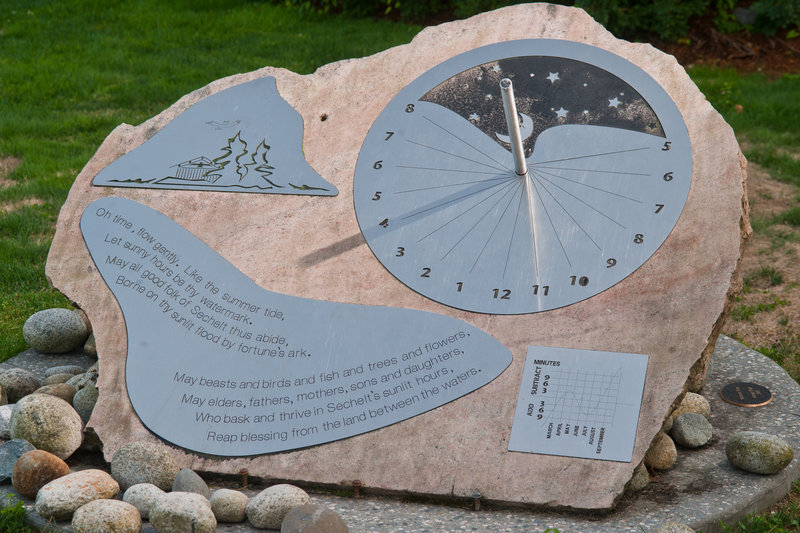 A sundial for Sechelt was artist George Pratt’s initial idea when proposing this sculpture. He was looking for a topical sculptural subject, and thought that the most fitting metaphor would be an artwork that both engages its viewers and is ‘solar-powered’. This is an equatorial sundial; this type best allows for originality in design, and can be constructed in a monumental size on a small budget. 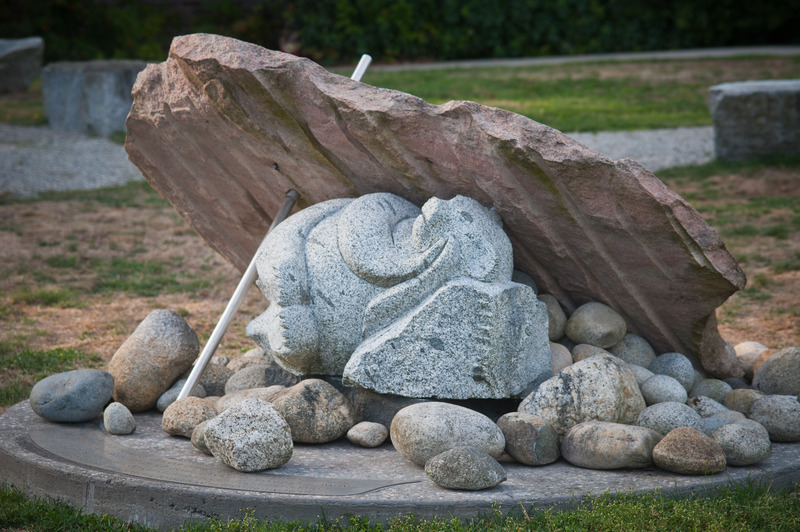 Viewers of Summer Time may be puzzled because the time shadow of the gnomon doesn’t agree with their watch. This is because "Summer Time" tells solar time – that is, the actual time measured by the sun, quite different from our watches (which are corrected to accommodate a common time across the Pacific Time Zone. The difference is nearly two hours). At our latitude, the sun’s rays will strike the sundial for only part of the year; hence, the granite bear on the opposite side is asleep and hibernating, waiting for the sun’s rays to return. 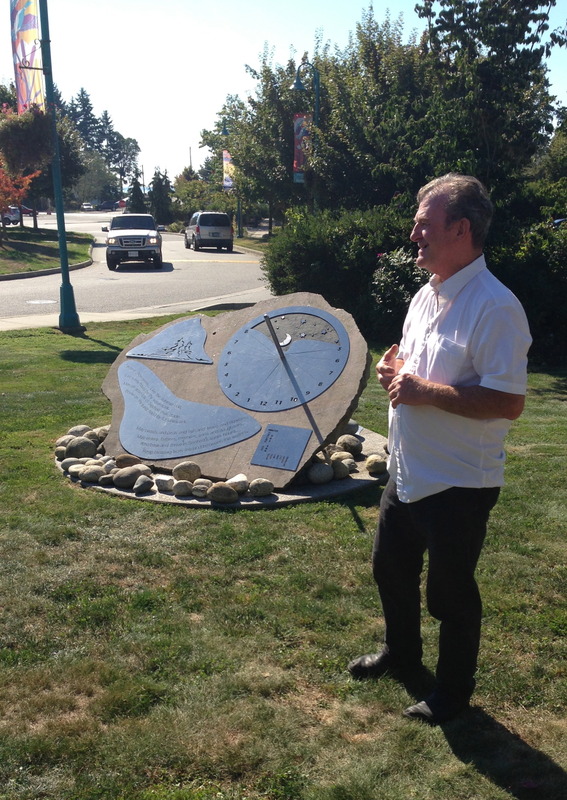 Pratt is a professional sculptor who works in stone; his studio is located in Halfmoon Bay. Born in Ontario in 1939, he studied carving under the sculptor E.B. Cox in Toronto in 1970. Pratt’s works are carved in granite, marble, jade and other exotic and ornamental stones found in Canada. Pratt’s work is widely collected in North America by both private individuals and corporations. His giant jade carving, The Emperor’s Sunrise, was a striking focal point at the Canadian Pavilion during the 2008 Olympic Games in China.
Pratt is well-known for his monumental sculptural installations including the Terry Fox Memorial in Port Coquitlam, The Builders in Calgary, the Singing Frog in Burnaby, and the Royal Trust’s Sedna sculpture in Toronto – the making of which was documented in John Paskievich’s film “Sedna – The Making of a Myth” (1992).