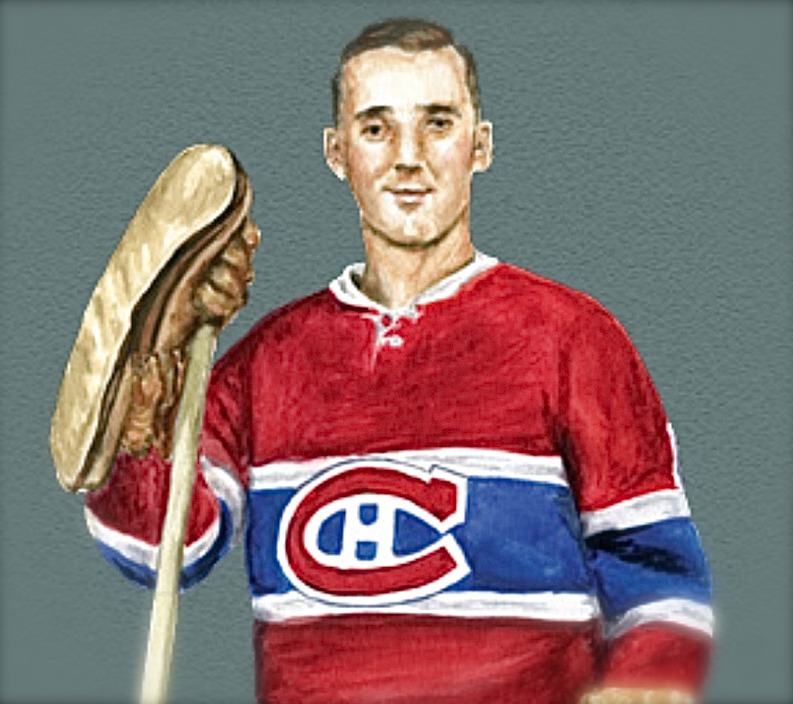 Hello and welcome to my homeland, Notre-Dame-du-Mont-Carmel!
Did you bring a puck? Because everybody will tell you: Jacques Plante also known as “Jack the Snake” used to stop them all… or almost. Would you like to know how I changed the face of hockey forever? Grab a seat!

I was born on January 17, 1929, on a farm nearby, on St-Felix Road, next to the Plante stream that is named after me. Soon afterwards, we moved to Shawinigan Falls where my father had found a job. With a toque on my head, I was hanging out by the arena to offer my services as a hockey goalie to people who explicitly refused. Mind you, they didn’t know back then that the whole building would eventually carry my name!

I never knew why people thought I was eccentric. Maybe it was because of my passion for knitting, the colourful toques I wore during games or my famous reckless runs out of the net. I used to drive coaches crazy! Yet, it is common practice today. I must say that I wasn’t the average goaltender. Rather solitary, I still won the Vezina Trophy five times and I had the chance to hoist the famous Stanley Cup above my head as many times.

At the time, goaltenders wore no protection. Slap shots were fired and we were hit, it was just like that. But on one evening in 1959, my face was bleeding after being hit with yet another puck so I refused to go back to defend the goals for the Montreal Habs. It was then decided, reluctantly I must say that I could wear my now famous mask. I was called a wimp on every tribune, but I was just a forerunner. Try to find a goalie with no mask on now!

I was told that even today, I am still the Habs’ goaltender with the greatest number of victories wearing the Glorieux sweater. Wanna play hockey with me?